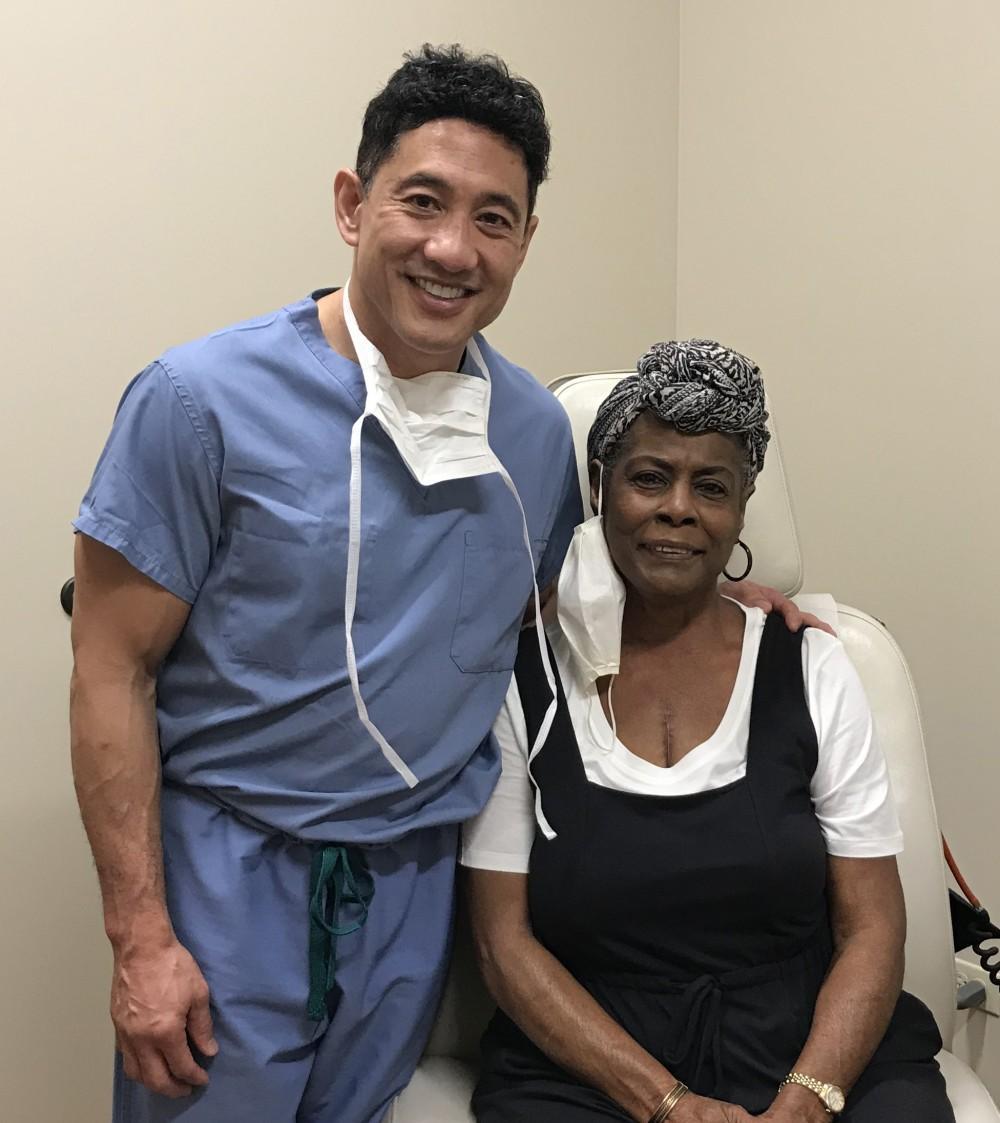 Tinley Park, IL - When Delnora Kizzee Talbert met Dr. Eugene Tanquilut in 2017, neither of them had any idea that in 3 short years they would be making history together.

“I’ll never forget meeting Dr. T,” says Talbert, 68, of Harvey, Illinois. “I was in the hospital with pain in my stomach. I had lost 60 pounds without even trying. No one could figure out what it was. Dr. T came in, examined me and said, “I’ll see you in surgery before noon tomorrow.” I thought, “He must be playing with me.”

Talbert was in surgery the next morning to treat severe stenosis of her superior mesenteric artery. Tanquilut, DO, board certified and fellowship trained vascular and endovascular surgeon, says, “This artery supplies your small and large intestines with oxygenated blood. The stenosis, or narrowing, of this artery means Delnora was not getting adequate blood flow, creating the intense pain she was feeling, especially after eating. The day after meeting Delnora, I performed a stent angioplasty, giving her lower abdominal organs with a healthy flow of oxygen-rich blood to support proper function.”

Since that procedure, Talbert has been under the care of Dr. Tanquilut, building a strong physician-patient relationship. As President of Vascular Specialists in Tinley Park, Tanquilut leads a team of surgeons, committed to providing the best evidence-based diagnosis, therapies and technology for the treatment of vascular disease.

During Talbert’s regular appointments, Tanquilut not only monitors the status of the stent, he also cares for her overall vascular health. “Stenosis occurs when the arteries are narrowed by atherosclerosis, a build up of plaque. When narrowing occurs in one part of the body, it’s typically present in many other places. Delnora is frequently screened so we can be proactive if problems develop,” says Tanquilut.

It was during a regular visit that Tanquilut heard a carotid bruit through his stethoscope placed on Talbert’s neck, just under the jawline.

The carotid arteries run along either side of the neck and deliver oxygen-rich blood necessary for brain function. A bruit occurs when blood is moving in a turbulent flow, or a whirlpool pattern, caused by narrowing or stenosis.

“At first, the carotid artery stenosis (CAS) was minor,” says Tanquilut. “However, over time it became severe enough to warrant treatment.”

That level of stenosis put Talbert at high risk of having a life-altering stroke. Ordinarily, Tanquilut would recommend a carotid endarterectomy (CEA) to open the carotid artery, remove the plaque and repair the artery. Because Talbert has multiple health challenges, including undergoing a quintuplet heart bypass surgery about 3 years ago, she was not a candidate for CEA.

“The only other option previously available to Delnora was a transfemoral carotid angioplasty and stenting (TF-CAS). TF-CAS is an inferior treatment option for carotid artery disease and has a higher risk of stroke after the procedure, due to the delivery method of the stent. We didn’t want to take that risk,” says Tanquilut.

Fortunately, Tanquilut stays on the leading edge of technology and realized Talbert was a perfect candidate for a breakthrough new procedure for treating carotid artery disease - TransCarotid Artery Revascularization (TCAR).

Tanquilut says, “With the recent invention of TCAR, the risk of heart attack and stroke is dramatically reduced for patients like Delnora.”

After Talbert was sedated, Tanquilut made a small incision just above her clavicle. A puncture was made into her carotid artery and a small tube placed inside the artery. The tube was connected to the transcarotid neuro-protection system (NPS). The NPS temporarily redirected blood flow away from Talbert’s brain and captured any plaque debris dislodged from her artery, potentially preventing a stroke. Talbert’s blood was then filtered and returned to her femoral vein through a second tube placed in her groin. While Talbert’s brain was protected during this temporary flow reversal, Tanquilut placed a stent in her carotid artery to stabilize the plaque and help prevent against future stroke. Talbert’s blood flow was then returned to normal flow direction and the NPS removed. The procedure took less than an hour.

Tanquilut said, “The focus of TCAR is to protect the brain from stroke. TCAR is less invasive, with the lowest risk of stroke of any therapy available for CAS, especially for those with high cardiac risk like Delnora. The average CEA takes about 90 minutes versus about 75 minutes with TCAR which means the patient is under anesthesia for a shorter amount of time - Delnora recovered faster and stayed just one night in the hospital.”

“It went very well. We repaired Delnora’s right carotid artery and in about 3 months, we’ll repair her left side. TCAR is a major advancement on how we’ll treat carotid artery disease moving forward. It’s a real solution for those patients who aren’t able to have a CEA.”

Talbert says, “Everybody was great. When I woke up, I was in no pain. I felt fine. I just have a little scar on my neck, and it’s not even sore.”

Tanquilut says, “Delnora has been my patient for years now, and improving her quality of life is always my goal. TCAR is a fantastic breakthrough in vascular care that enabled me to help her avoid stroke both during the procedure itself and for years going forward.” How We Can Help Your Dialysis Experience

One in seven American adults has chronic kidney disease (CKS), a condition that can lead to kidney failure and the need for hemodialysis. Before you start dialysis, you need dialysis access. That’s where we can improve your dialysis experience. 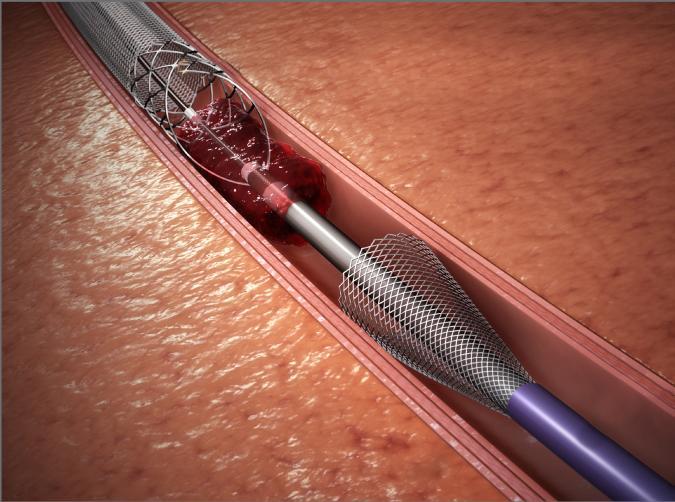 ClotTriever® is an entirely new thrombectomy system which uses a mechanical device to remove large firm-to-hard clots from deep veins. 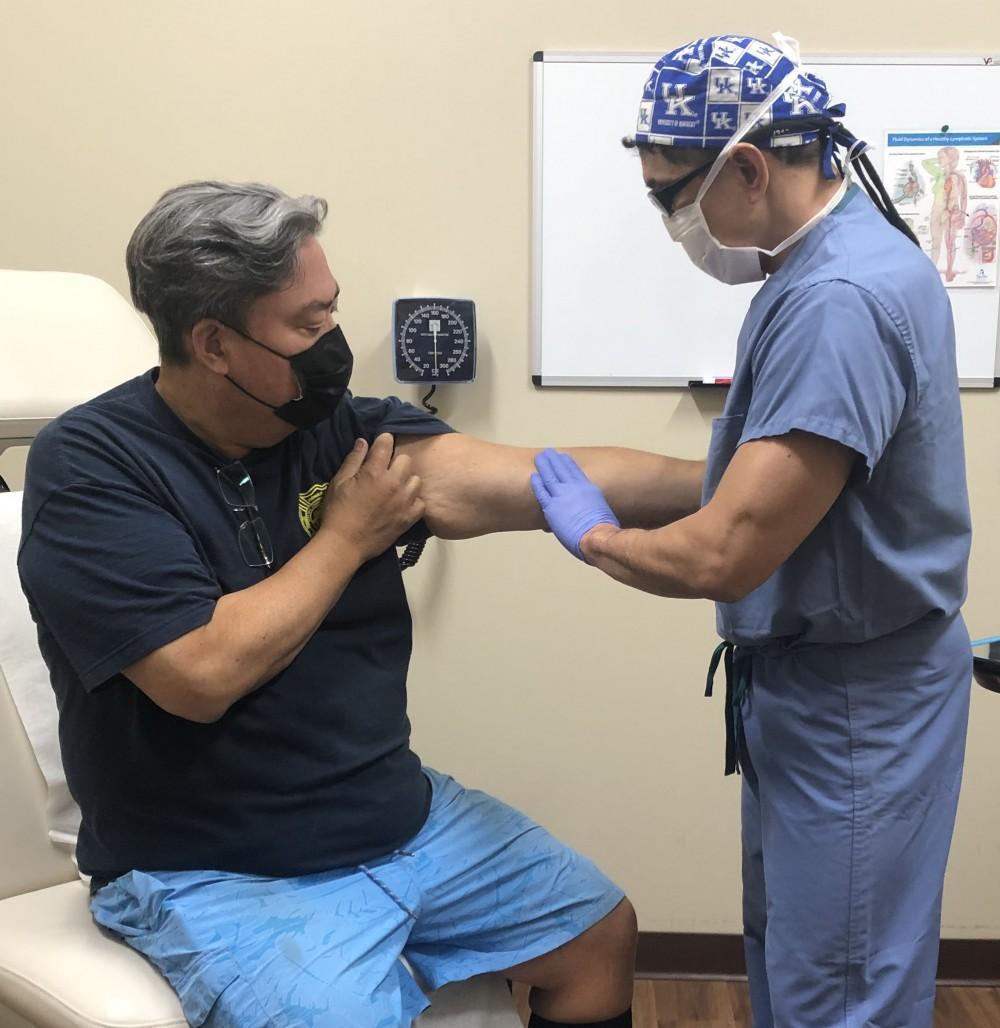 Telehealth: The Advantages of Telemedicine

Struggles to get to the clinic? Trying to reduce your exposure to COVID-19, as well as other contagious illnesses, and still need to see your doctor? Telehealth is safe and easy — receive quality care from anywhere.

Vascular Specialists of Tinley Park is pleased to welcome Dr. Patrick H. Coffey, DO, to our practice. Dr. Coffey earned his undergraduate degree in Philosophy at University of Scranton, then graduated Doctor of Osteopathic Medicine from ...

When kidney disease progresses to the point of making dialysis necessary, it’s a life-changing, distressing time. We know you will have many questions about the time commitment, dialysis center options and your overall health prognosis.